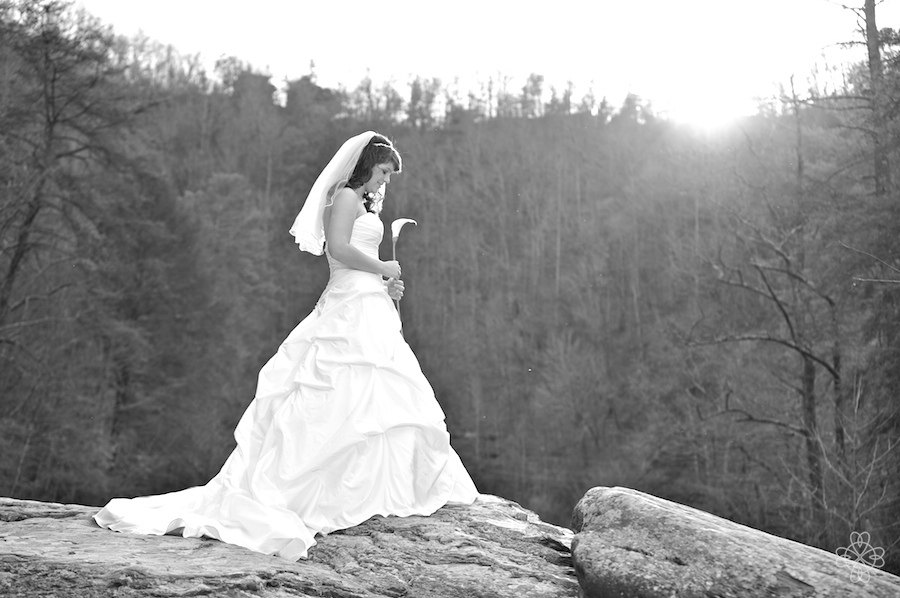 Caitie is about to marry Chris, then they’re going to move to London for a while. I’m slightly jealous about London. A few weeks ago I took the drive up to Tennessee for her bridal portraits. We spent the morning scouting for possible locations, then I came back with some sample shots to show her for her approval etc. Somehow a rock juts out into a river, but it’s easily accessible for women in wedding gowns. Who knew right?

When scouting, I realized that the shots I wanted would put me (the photographer) in the freezing river to get “the angle” etc. So jokingly I asked her cousin if they had some waders I could borrow. He made a few calls and an hour later, some kevlar-lined camo waders were in my possession for the day. Woo, no turning back now.

So the afternoon came and Caitie was prepped. Hair & makeup & dress & ready to go. Got her out on the rock, got my light situated safely above the water, and myself bobbing up and down in the water for some of the shots. To make a long dry story short, the waders worked, no cameras were zapped and about the only complaint from the day was that it’s cold in a wedding dress in the fall/winter standing on a rock for an hour or so. (and yes, the reflections are real)

It's an odd feeling to be in a river, but not wet. 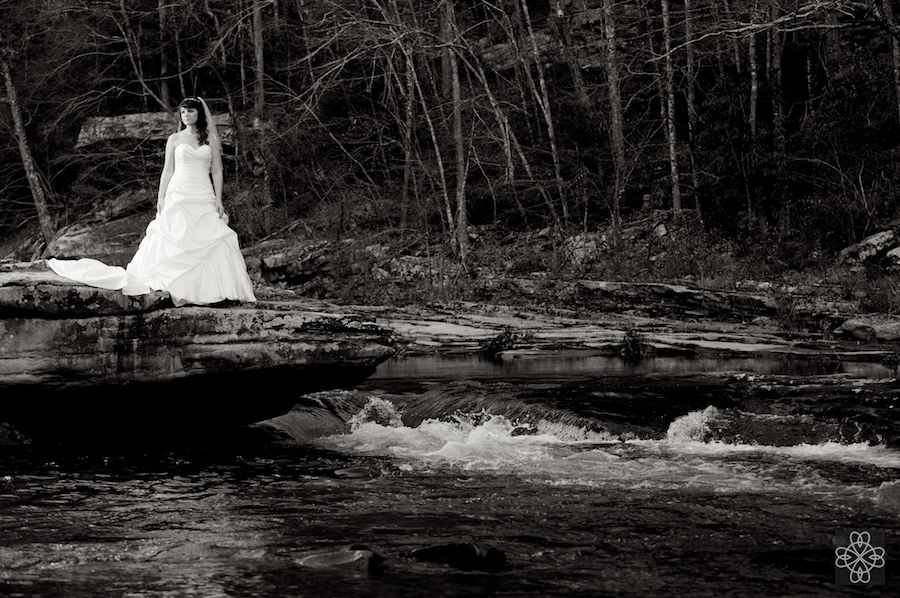 This one was sent off for the canvas treatment and drop shipped to the wedding location in NC. 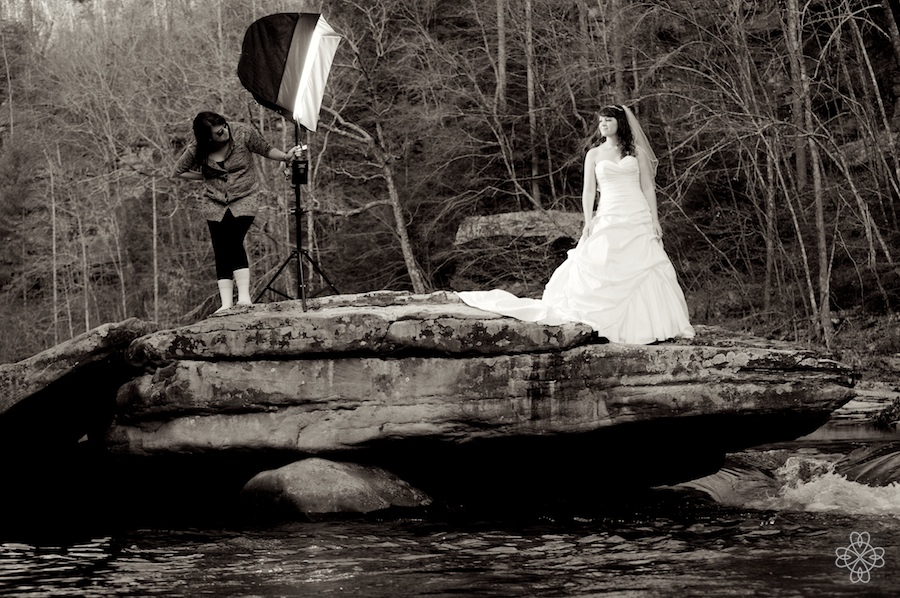 Here's a setup type shot to show how simple my lighting always is. I also must mention her cousin is shoe-less because she didn't want her suede boots getting messed up.